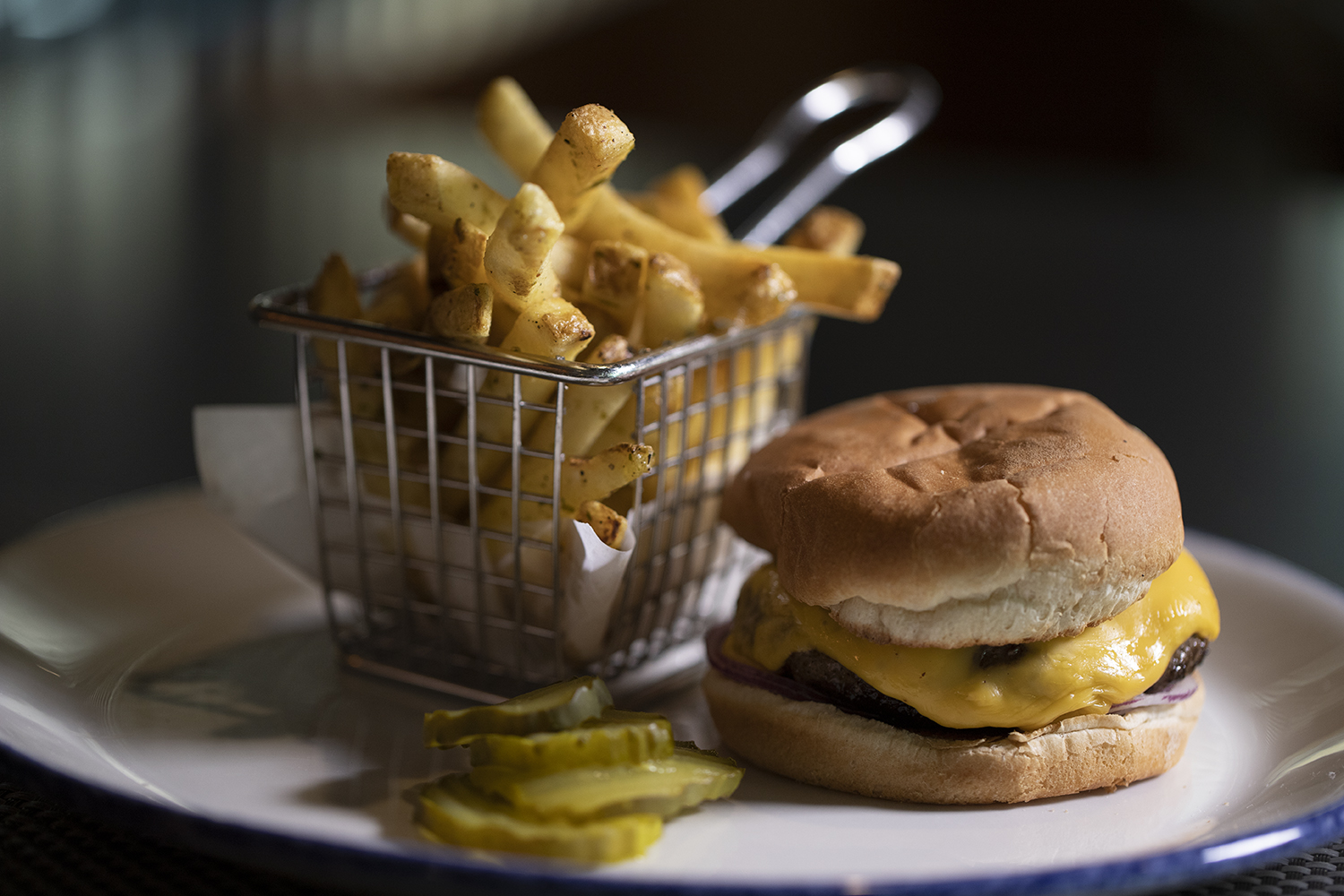 The Ozersky Burger at Knife Dallas photo by Adam Zoblotsky

A Flair for French Fare

No.9 That’s the number on John’s favorite kitchen songs “Sullivan Street” by Counting Crows. It pairs with “The Ozersky Burger”. The song choice might be a breadcrumb into the creative intelligence that is Chef John Tesar.

I never met Josh Ozersky in person, but his talent to pair and ability to explain food & culture will never be matched. That is to say, he was a storyteller. This Burger is nuanced with simplicity topped with American Cheese, Red Onion on a White Bun. The creation is an homage to Esquire Magazine food writer Josh Ozersky. It’s on the menu at Knife Dallas and it’s the perfect item to talk with Chef Tesar.

It’s worth mentioning 44 Farms and the locally sourced meat, Knife offers its guests. The aging process is timed perfectly and doesn’t get ignored.

Years ago, in a West Greenwich Village diner known as Joe Jr. the very sentence “Life is too short for plutonic love affairs & savory desserts” was once muttered by Ozersky. The restaurant was a local favorite with well-knowns from Broadway Actors to fashion icons like Isaac Mizrahi.

Basking in the afterglow of the Bon Appetite Magazine article ranking Dallas Restaurant City of the Year, it occurred to us at Foodscene Magazine as we embark on new chef stories, restaurant openings and trends in dining that the important stories should begin with the people that are behind the food.

On stride with Autumn just a few weeks away, I can’t think of anything better than listening to some new music while contemplating life eating “The Ozersky” at Knife Dallas.

By honoring the food writer Chef Tesar acknowledges the importance for a thriving food scene. To celebrate the chef is to acknowledge the skill, to respect the trade & enjoy the cuisine.

Get notified about exclusive offers every week!

The Salsa from Los Cabos

The Henry Is Happening

A Slice of Italian Heaven

Get notified about exclusive offers every week!